Bank Giveaways: Get Your Signing Bonus 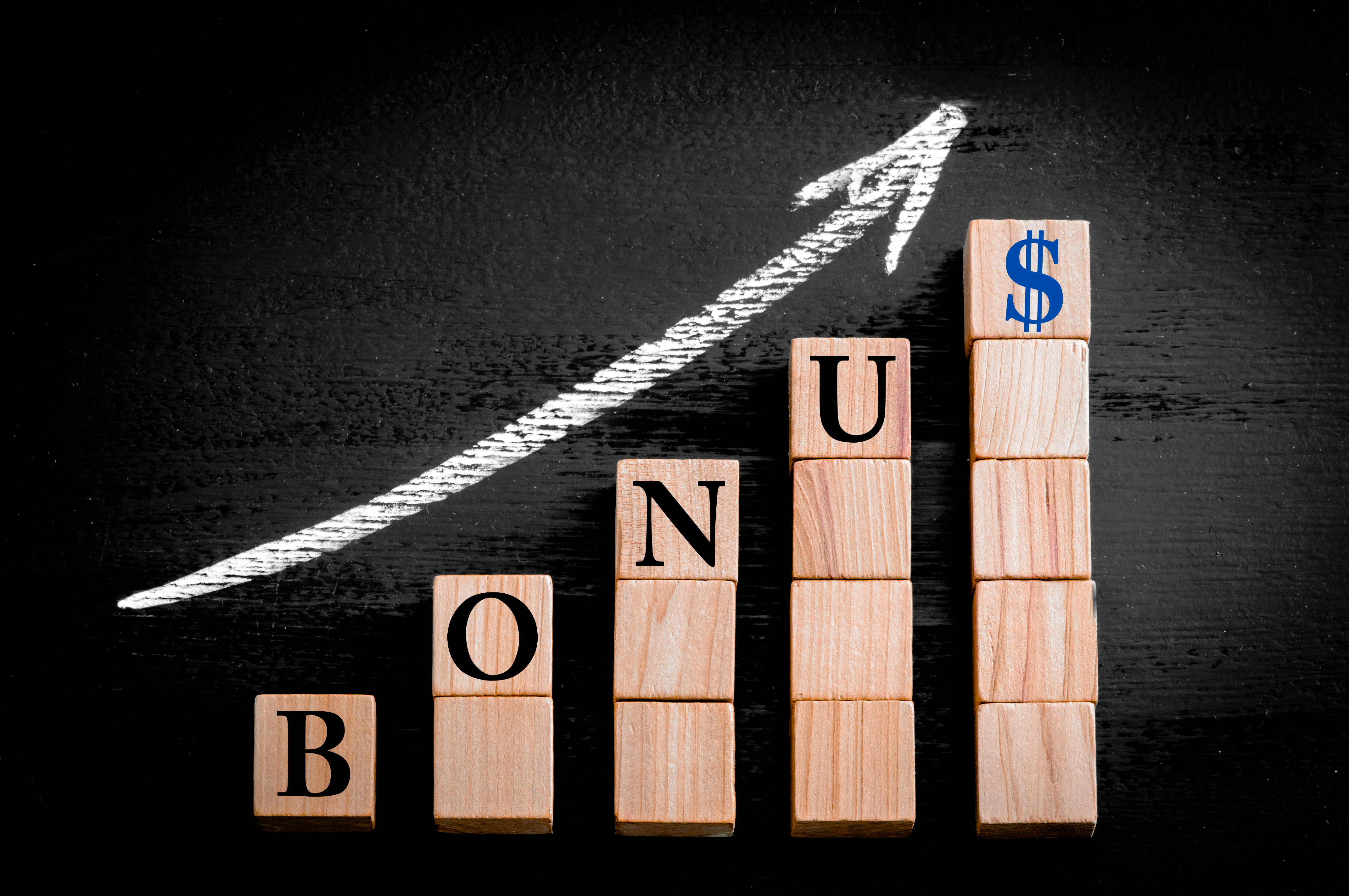 If you’re bitter about the role banks are playing in the recession, maybe it’ll make you feel better that they want your business so badly they’re willing to pay you to be a customer.

Getty ImagesNow, granted, no bank is going to go poor giving away a little money to customers who are depositing a lot of money. But, still, money is money, and so we thought you’d like to know where you could get yourself some.
Yes, that’s right. We’re talking signing bonuses. Granted, this is nothing like the giant sports franchises willing to pay some athletes $50 million to play for their team, but isn’t it nice to know that we are wanted by?
BANK OF AMERICA
Your signing bonus: $100
The catch: There are a few things you need to be aware of, which is not to say that this isn’t a good deal. It is — provided you don’t want $100 the moment you sign up. You need to deposit $250 “during the eligibility period,” according to the fine print, which sounds like the first 30 days, but ask your teller. Meanwhile, you also need to use your debit card once. Reasonable; after all, the banks want actual customers and not someone hoping to just get the cash. If you pay two bills online through the bank during those first 30 days, then you can get the extra $25. It may take 90 days to actually get your bonus, so again, if you’re in dire need of money now, opening an account here isn’t going to help you out. You can read all of this details here.
Expiration date: August 30, 2009. Of course, if you somehow miss out on the fun, they’ve run this promotion in the past before and will probably run it again.

CHASE BANK
Your signing bonus: $100
The catch: You have to either set up direct deposit or make five purchases with your debit card and deposit at least $100 before the $100 will be deposited into your account. Ten business days later, you should have your money. Sure, these are some hoops, but not too many, and as we like to say, a hundred bucks is a hundred bucks.
Expiration date: Good until August 10. Details here. That said, the original deadline was July 18, and now it’s gone up again until August 10. This may be one of the promotions that continues for a while.

CHASE BANK (yes, again)
Your signing bonus: $50
The catch: You have to sign up for their credit card, Chase Freedom. Really, though, what’s more notable, though not surprising given the times, is that $50 isn’t that much money when you consider how much dough you’re going to be paying in interest. And you won’t get that $50 until you buy something with the card, and even then what you’ll get are bonus rebates, which you can cash in for a check. There’s apparently some work involved, in getting this 50 bucks.
Expiration date: None, for now. Details here.

TCF BANK
Your signing bonus: $50
The catch: There are just some minor, but specific, rules to be aware of depending where you live. If you’re in Arizona, Colorado, Minnesota or Michigan, your cash will be credited into your account by the next business day. But if you’re a customer in Illinois, Indiana and Wisconsin, you can get your $50 that very day. In Arizona, you have to have a minimum deposit of $100 to qualify, but everywhere else, $25. And if you become a customer and recommend others to TCF, and they sign up, you can get another $25. Details here.
Expiration date: No specific date, but the fine print says that this is a “limited time offer.” Which means it could end tomorrow or on April 3, 2017.

AMAZON.COM(or more specifically, the Amazon.com Rewards Visa Card)
Your signing bonus: $30
The catch: Not surprisingly, they want you to make a purchase first, but then you’ll automatically get your $30. Considering the interest, it’s not a bright move to get this card for the $30, but if you were planning on getting a credit card anyway, then 30 bucks is 30 bucks. Details here.
Expiration: None, at least for now.

SHAREBUILDER
Your signing bonus: $25
The catch: Recently, they were giving $50 to open a new account. But Sharebuilder is owned by ING, so you may understand why the signing bonus is going down. If you want to buy stocks through Sharebuilder, they’ll toss in $25 to get you started. Since you can buy stocks for as low as $4, the money will actually allow you to buy investments. That said, you won’t get your $25 until 4 to 6 weeks after your first $25 deposit, and keep in mind, there’s the $12 monthly subscription fee. Details here.
Expiration date: September 30, 2009.

HYUNDAI
Your signing bonus: Discounted gasoline, or $1,000 cash rebate
The catch: No catch, exactly, but you still need to be aware of what you’re doing. If you buy one of Hyundai’s cars, you’ll be given the choice to either accept a $1,000 cash rebate or a gas card. Provided you use that card, your gas will be just $1.49 per gallon every time you fill up — for the next 12,000 miles or in a year’s time, whichever comes first. Many experts feel, however, that the $1,000 is the better bargain. A CNN.com article suggests that gas would have to go up to $3.60 a gallon before people would really see a benefit by using the gas card.
Expiration date: The gas card can be used for a whole year, but hurry! You have to buy the car by July 31, 2009. Details here.
MITSUBISHI Your signing bonus: It comes in form of a Vudu Box, a $149 device that downloads and plays movies; you’ll also get $50 in downloaded credits to use with it.
The catch: Not that we can tell yet. It’s a pretty new promotion, that started July 16 and is set to last until August 10. You buy a Mitsubishi TV, and they’ll throw in the Vudu Box. As for what Vudu is, according to Twice, a consumer electronics magazine, it “makes movies, TV programming and video games available through both rental and purchase options.” You download these to a hard drive in the box, individually, and there is no monthly fee. This promotion will be available through all authorized Mitsubishi dealers.
Expiraiton date: August 10 as mentioned. Mitsubish offers no details on its web site yet, but check them out on July 16, if you’re interested.

PNC BANK
Your signing bonus: $75 The catch: You click here and print out the coupon. Then take it to your neighborhood PNC Bank. If you’re a new customer, you open up a personal checking account and within seven days, you should have your extra $75.
Expiration date: Offer ends August 8, 2009.

PROBITY FINANCIAL SERVICES
Your signing bonus: $15 iTunes gift card … well, close enough to cash The catch: You’re supposed to be on Twitter — they’re promoting this on Twitter — and confirm that you saw the promotion there. Probably a safe bet that if you tell them you saw it here, they won’t blanch, or hedge your bets and say you saw it here and on Twitter. In case you’re wondering, Probity is a bank famed for offering a single monthly service fee instead of charging overdraft fees, transaction fees, minimum balance fees and other lovely charges.
Expiration date: Hasn’t been decided, according to one of its spokespersons. It’s just an offer that’s out there for now.

AT&T
Your signing bonus: $100
The catch: If you’re at their Web site, they mention bundling, which right away should be a signal that you have to sign up for more than phone service. Actually, you can get $100 by signing up for two services, each of which don’t have to do directly with your telephone service. If you sign up for their AT&T High Speed Internet Pro or Elite speed service, you can get $50 back, and if you sign up for DIRECTV CHOICE XTRA, then you’ll get another $50. Provided you keep the services for at least 30 days. Your check will be sent within four to six weeks. Details here. Of course, you’ve gotta love that the fine print says that your check “may not be used to pay for local telephone service provided by AT&T.” Obviously, they mean you can’t call them up and just get them to waive $100 off your telephone bill, but it does sound a little Big Brotherish, as though if you received your check, and if you used it to pay your phone bill, they’d shut down your service and call you mean names.
Expiration date: August 1 for the high-speed Internet service and September 19 for DIRECTV.

7 Tempting Places - And 8 Ways to Minimize Their Impact 34
States give you a marriage license and credit cards are regulated federally. Thus the credit card companies are not bound by your divorce decree. 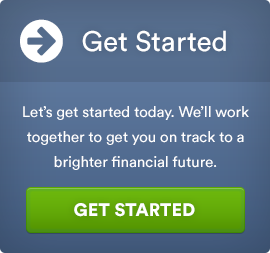